Chief Kevin E. Cooney is a 39-year member of the South Windsor Volunteer Fire Department; an all-volunteer, 120-member organization. He started his fire service career following in his Dad’s footsteps and rose through the ranks, and has been serving as Fire Chief since 2012. He is thus starting his 11th year as Chief of the Department.

In addition to serving with the South Windsor Volunteer Fire Department, Kevin just retired after a 25-year career as Fire Officer with the Manchester Fire-Rescue-EMS Department / IAFF Local 1579.

Chief Cooney is Commander Emeritus of the Connecticut Statewide Honor Guard (CTHG). He is a co-founding member of the CTHG and is still active with the organization. Kevin is also a former Commander of local Honor Guards with South Windsor and Manchester (IAFF Local 1579) Fire Departments. With his Honor Guard passion, he has been active with the Foundation during the Memorial Weekends as well as local and State Memorials. Kevin is well known and respected for his long tenure of attending LODD services throughout New England supporting the families and Brothers and Sisters of our Fallen.

Kevin resides in South Windsor with the love of his life, Christine, their daughters, and grandchildren. James graduated from the University of Southern Maine with a Bachelor’s of Science in Economics and a minor in Environmental Sustainability.  He started his marketing business in 2016 to initially serve heating, plumbing, air conditioning and fuel providers throughout the country.

In 2017, James expanded and began servicing all types of clients, mostly small to mid-sized businesses.  James enjoys working with people he can impact.

James joined the South Windsor Chamber of Commerce in 2018 and built the new website while working with the office staff to manage event registrations and online payments. David has been in financial services since 2013, after receiving his BS in Finance from Liberty University in Lynchburg Virginia. He became a licensed financial advisor and investment advisor representative in 2016, and moved his practice to Edward Jones Investments here in South Windsor in 2019. David helps serious, long-term individual investors achieve their financial goals by understanding their needs, implementing tailored solutions, and partnering with them throughout their lives to stay on track. Whether the goal is preparing for retirement, preparing for the unexpected, preparing for future education expenses, David uses an established process to deeply understand what’s most important to his clients, and help them make the decisions that are in their best interests.

Outside of work, David loves to spend time outdoors with his wife Krystal and their twin sons, Micah and Noah. Victor Dorobantu founded OtherDesigns in 2006. He started out printing custom magnets and offering them online, and since then he has grown exponentially year-to-year. OtherDesigns now offers a full range of printing and design services to clients all over the world who turn to us because, Victor believes, he has created the perfect niche – fast service, low prices, and a personal touch. “I talk to people all the time who tell me they are using an online printer because they think it’s cheaper. The quality is so-so, but they think they are saving money,” he said. “OtherDesigns offers much higher quality, personal assistance and one-on-one service, and I can almost always match and often beat those prices.” Victor is a believer in customer interactions, constant communication and supreme customer service. Outside of work he is a vintage posters collector, traveler and espresso enthusiast. Victor lives in South Windsor with his wife Einat and their two girls, Leah and Maya-Zoe since 2006. Stacy Camiros has over twenty years of experience in the financial services industry. As a Vice President and Manager at Webster Bank, she is responsible for the achievement of customer service, employee development, sales, operations and cross-sell initiatives in the South Windsor Banking Center and market area.  Stacy graduated from Wagner College with a BS Degree in Economics and Business Administration, and has worked in South Windsor for the past eight years.  She is dedicated to serving her local community and has been an active supporter of the United Way  for many years.  In addition, Stacy has served on the Board of Directors and Executive Committee for the South Windsor Chamber of Commerce for over seven years, as well as participated on many Chamber Committees.  As a member of the Webster Bank family, Stacy supports their mission to help individuals, families and businesses achieve their financial goals and looks to continually give back in the communities in which she serves. Jill has more than 20 years of marketing experience and more than 10 years in the telecommunications industry as a national account sales and marketing team manager. She formed Tonsha Marketing Agency in 2014 to serve small to mid-sized businesses, non-profits, credit unions and municipalities.

Jill holds a B.A. in Linguistics from the University of New Hampshire, is a published author, a Solution Provider with Constant Contact, YEXT certified for digital presence and reputation management, and attends continuing education marketing classes at the Women’s Entrepreneurial Center of the University of Hartford. John Barber is the owner of CHH Engraving/Promotional Marketing. He is a 35 year veteran in the promotional marketing field, who is constantly looking for new and innovative ways to help his clients Make Their Message Stick.

John is an active Rotarian in Agawam, MA., currently serving as President. Believing that making connections is vital to business and to the Chamber, John leads the twice monthly Morning Leads group at the South Windsor Chamber. In his non-work time, he enjoys walking, biking, golfing (badly) and traveling with his wife.  They have visited 46 US states and are well on their way to their goal of attending a baseball game in every major league park – 19 out of 30. Jennifer has been an active member of the Chamber since 2005, along with serving on a variety of State boards, Commissions, and Non-profit organizations-always bringing her expertise in insurance and business to the table.

She created her business in 2006 from scratch, and has since become the leading enrollment agency for health insurance in the State of CT. In her spare time, she lobbies in Washington as a Presidential Board member of the National organization, Health Agents for America, fighting for lower health insurance premiums and reforming healthcare as we know it.

In 2011, Jennifer’s agency received the “Business Expansion Award” from the Chamber and she states her most impactful memory of the Chamber is the support she received from the members during her first couple of years in business, when her business was most vulnerable. 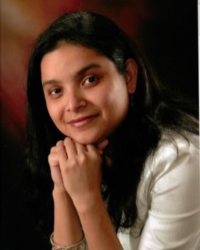 Annie Mohanty, Financial Services Professional with New York Life,  is a long time resident of South Windsor. She joined the Chamber in 2017. Annie strongly believes in the potential of Young Adults and empowering them to make decisions with confidence ! She is a Mentor in TEMS and SWHS, Fundraising coordinator with the Boy Scout Troop 62 SW and Chairs the Outreach Committee at the Chamber. Annie looks forward to being a valuable resource to the Chamber and the Community.